The Tension of Opposites

Imagine being a CEO tasked with developing a breakthrough strategy that positions your organization for future growth. No matter how brilliant your ideas, you can’t drive change on your own. You need a high-performance executive team working together to align the organization as it moves in a new direction.

“On paper, the executive team is the organization’s Dream Team.”

The executive team is the organization’s most important. Collectively, this group has the clearest view into the business. It is made up of the best-of-the-best leaders—people whose careers have been defined by consistently exceeding expectations. Their perspectives are critical to shaping the corporate vision and strategy. Their experience helps put out fires quickly, and pivot into opportunities. On paper, the executive team is the organization’s Dream Team.

Except when it isn’t. Over the years, I’ve asked many top leaders, “Which is your most important team?” The answers are mixed. While some name the executive team (the group they are a part of), many others name their functions (the teams that they lead). The prevailing thinking behind the latter response is that functions know how to work together to get things done, while the executive team resembles a loose confederation of highly skilled people who don’t necessarily play for each other. If this top team isn’t aligned, it won’t deliver breakthroughs or drive the most strategic decisions. If this top team doesn’t produce great results, its members (along with the rest of the organization) won’t value it.

THE HARDEST TEAM TO ALIGN

Aligning this team, and keeping them aligned, is no simple task. Its members are born-and-bred competitors: skilled, intelligent, and highly driven. They know how to thrive in contentious and competitive environments, and don’t always seek out alignment. Their success has come from their ability to get their teams to deliver results that meet expectations close to 100% of the time. Each leader on the team is one step away from having the top job in the organization. In the extreme, they operate like a pack of sled dogs that pull hard and go fast—but when they’re not racing toward a goal, their alpha natures can lead to turf wars, skirmishes, or divisive dynamics.

In spite of being inherently fraught, this team brings the broadest perspectives, deepest knowledge, and best understanding of the business. Collectively, they are the best-equipped group to make key strategic decisions, and to creatively articulate the future direction for the business. But to do so, executive team members must embrace a tension of opposites—between their accountability as the leader of a function, and their accountability to the team they are on. These are two fundamentally different mindsets, and executive team members need to be able to move fluidly between them.

One of the most common stories I hear is how hard it is for executive teams to get time together—people’s schedules are full and it’s too hard to make time to collaborate. I always ask: If the CEO shows up at your door, do you make time for them, or ask them to take a number? Everybody says they would drop what they are doing to sit down with their boss. Then I ask: What do you do when a peer shows up at your door? Do they get the same welcome as the CEO, or do they need to set up time with your assistant?

High-performing teams make time for each other. They make their peers their priority. But this only happens when people on the team understand that next to the CEO, their peers on the executive team are the most important people you can spend time with. Chances are they’re not just stopping by because they don’t have anything better to do; they need help solving a problem.

We are all experts on how teams work—we get picked to be on them, we play on them, we work in them, we lead them, and we watch them every weekend in the sports we follow. Intuitively, we know the difference between a collection of highly skilled players and a high-performing team that is committed to playing together.

“Do people emerge from the team’s meetings feeling energized, or like they’ve been engaged in hand-to-hand combat?”

Figuring out if an executive team is aligned isn’t hard. If a top leader asks his or her most trusted colleagues for their point of view, the responses will be revealing. And the evidence is typically visible: Do people emerge from the team’s meetings feeling energized, or like they’ve been engaged in hand-to-hand combat? Do they keep the common goal front and center, or do they require constant herding and cajoling to move in the same direction? Do people open their computers, check their phones, or step out to take calls from people in their functions during meetings? Do they make time for each other outside of meetings, or do they disappear into their functions? And for the teams that work well together: are they actively exploring ways to reach an even higher level of performance?

In over three decades of working with leaders, almost every CEO I have encountered knows the situations in which his or her team works well together, and those that throw them off. Where CEOs most often get stuck lies in knowing what to do to build a deeper level of alignment on the team.

The first step toward helping the executive team embrace the tension of opposites starts with the CEO. Does his or her leadership style create barriers to alignment, or does it bring people together? An inner circle on the executive team can fuel internal competition on the team. Giving consultants and advisors more influence than team members erodes trust. It’s the job of the CEO to ensure the team establishes ground rules, behaviors, and processes that govern how they work together. And most important, the CEO needs to inspire the team to bring their best ideas and thinking to the group.

Another key to building alignment lies in carving out time for the team to practice working together. All great teams go through hundreds of repetitions around their fundamental interactions—how they create a common understanding around problems, get into and out of conflict, make decisions, get into action, and build alignment deeper into the organization. This takes time, and requires agreed-upon processes.

I am a believer in setting aside time for offsite meetings where the focus is entirely on the team. Through a structured process and disciplined approach, you can supercharge your team by exploring the critical issues that are preventing the business from accelerating. And during this process, it will become clear which team members are genuinely invested in playing for each other, and which ones are pursuing agendas other than the shared one.

One of the most effective ways a CEO can accelerate alignment on his or her team is by empowering team members. When a pair of executive team members leads a town hall that is normally led by the CEO, it quickly re-orients how they show up. Instead of being the head of their function, they are representing the organization. Likewise, when the entire team has a voice in brainstorming the strategy, engaging the board, making decisions about future direction, or even leading meetings of the executive team, their ownership in the work of this team increases.

One thing a CEO needs to be aware of is that this tension of opposites never goes away. A period of smooth sailing doesn’t mean the team will successfully step up to the next big challenge. Managing the tension of opposites requires an ongoing process that asks the team to continually assess how they are working together, and consciously improves the foundations of their teamwork. It takes an investment of time and effort to build this group into a high-performing team. But by treating the executive team as one of the organization’s most valuable assets, you accelerate its growth. And as the executive team’s performance increases, so does the ability of your organization to change, grow, and succeed in your evolving business context.

Bob Weiler (click here to read bio) co-founded and serves as a Managing Partner of Brimstone Consulting, where he partners with CEOs and their leadership teams on large-scale change initiatives. Much of his work focuses on advising CEOs and C-suite executives on methods to address short- and long-term results, while simultaneously achieving alignment and developing leaders.

The Tension of Opposites2016-11-012019-09-27https://www.brimstoneconsulting.com/wp-content/uploads/2021/12/screenshot-2021-12-07-at-14.54.31.pngBrimstone Consulting LLChttps://www.brimstoneconsulting.com/wp-content/uploads/2019/07/brimstone-blog-bridge.jpg200px200px
Brimstone Blog Latest
SUBSCRIBE
Subscribe and be the first to receive our latest Insights. 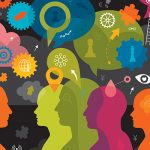 How Fit Is Your Team?Alignment, Teams