Communicating for Success, or the Gray Hyundai Incident

The importance of effective communication.

Last week I went to an event that required creative parking. Participants’ cars outnumbered the places in the lot.

Just before the meeting began, an organizer announced that a gray Hyundai SUV needed to be moved. I own a black Honda SUV, so I took no action.

Three hours later, the event organizer came back and declared that the gray Hyundai still had to be moved. Again, I took no action.

The organizer then suggested that perhaps someone had a rental car and had forgotten the make. My SUV is seven years old. It bears the marks, literally, of an active family, and could not be mistaken for a rental. So again, I took no action.

A few minutes later, the organizer revealed the license plate number of the offending SUV: It was mine. I was, to say the least, taken aback.

I woke up the next morning still thinking about the gray Hyundai incident. The more I thought about it, the more upset I became. I took a deep breath and a step back. Why was this so upsetting?  Because the problem had been so easy to solve, yet I had not been given the information I needed to act. How could I succeed at moving my car without knowing the right details?

As a coach and consultant, I have encountered many clients who were frustrated because they were not given the opportunity to succeed in their role. They were given neither the right information nor the right tools to help them succeed.

Communication that promotes success is explicit, clear, and correct. And the most powerful form of communication is two-way, back-and-forth dialogue that helps people align on the meaning and message. Dialogue breaks down silos. It builds trust and respect. And it is critical for making effective decisions that lead to success.

I encourage leaders to take a few minutes at the start of a team meeting to ask each team member to write down the goal of the project, department, or company. Then I have the leader ask each person to read aloud what they wrote. After that, the group discusses the similarities and differences among these goals. The team can then work together to formulate a simple statement and agree upon it. This puts everyone on the same page and moves them toward success.

I encourage anyone who is frustrated in their roles, to meet with their manager and gain clarity on roles, responsibilities, and goals.  Ask questions, ask for clarification, and ask for examples.

At Brimstone, much of our work is about effective communication. We challenge our clients’ thinking to help them uncover insights, think through issues, and own the decision-making process. We work with the organization to learn how to ask and answer their own strategic questions. We do this by providing structure, a process, and best-practice approaches for addressing tough issues. By providing this framework, we empower our clients to ask essential questions, wrestle with possible answers, communicate clearly about what they need to do, and agree on next steps.

Communicating for Success, or the Gray Hyundai Incident2019-09-262019-09-26https://www.brimstoneconsulting.com/wp-content/uploads/2021/12/screenshot-2021-12-07-at-14.54.31.pngBrimstone Consulting LLChttps://www.brimstoneconsulting.com/wp-content/uploads/2019/09/effective-communication-scaled.jpg200px200px
Brimstone Blog Latest
SUBSCRIBE
Subscribe and be the first to receive our latest Insights. 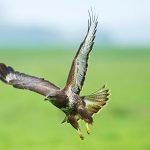 Incivility and the Bottom Line: Don’t Be a Jerkcommunication, Leadership